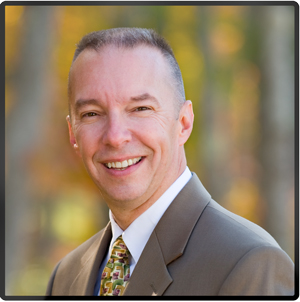 Steve was born Oct. 21, 1960 in Royal Oak, Michigan. His parents worked for the Michigan Central Railroad and lived in a modest home in Livonia, Mich. In 1972, Steve and his mother moved to Chadds-Ford, PA and Steve graduated from Unionville High School in 1978. He earned a B.S. in Economics from West Chester University in 1982. Upon graduation, he joined the U.S. Navy and was commissioned and trained as a pilot in 1983-84. He married his college sweetheart Megan, in July of 1984 and they began a life together that to date, has included eight children and 15 moves. Steve was deployed three times in four years flying the P3 Orion. Steve left active duty in 1991 and was hired by American Airlines the same year. He currently flies the Boeing 777 out of  JFK Airport normally flying routes that take him to Europe and beyond. His total flight time is well over 12,000 hours.

In July of 2000, Steve, Megan, and the family, moved to Georgetown, Maine where Steve founded Cornerstone Baptist Church. The church has grown over the years and current attendance tops 225 per Sunday service. Steve remained active in the Navy Reserve. In 2001, Steve was asked to design and teach a course in Navy Core Values. The course has found broad acceptance and Steve is a highly sought after trainer and motivational speaker. More than 10,000 service members have attended his Core Values seminars, since it’s inception in early 2002.

Steve and Megan are instrumental in the lives of young parents. They have developed a parenting course entitled Parenting Matters; The Nine Practices of The Proactive Parent. They travel extensively, teaching weekend parenting seminars. Steve recently adapted and taught his Navy Core Values training to the entire student body and faculty of Clearwater Christian College in Clearwater, FL. He is also the author of several books and studies.

Steve and Megan have been guests on Family Talk with Dr. James Dobson and The Glenn Beck TV program showcasing their Nine Practice of The Proactive Parent. In his spare time, Steve sleeps, watches the Red Sox, and drives his children to sports practice, all while attending weekly meetings of Overachiever’s Anonymous.

In 2012 Steve retired as a Commander from the U.S. Navy. He is currently a First Officer for American Airlines. He recently retired as Senior Pastor of Cornerstone Baptist Church of Topsham, ME. to become the President of Characterhealth Corporation; a non-profit conference ministry aimed at equipping parents to train the next generation of character-healthy leaders. 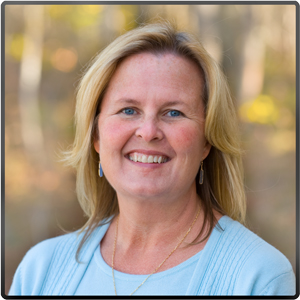 Megan was born March 13, 1962 and came home to her adoptive family March 15th. She grew up in York, PA and graduated from York Suburban H.S. in 1980. Four years later, she earned a B.A. in Speech Communications from West Chester University. She uses her degree as she teaches and speaks at conferences and women’s ministry functions, as well as in individual and couples counseling.

Megan is the home schooling mother of eight beautiful children, four boys and four girls. She has been married for 29 years to her college sweetheart, Steve Scheibner. Together they have co-authored Parenting Matters, The Nine Practices of the Pro-Active Parent. She is also the author of a series of discipleship books for mothers and several devotional Bible studies.  She authored, “In My Seat,” the story of Steve’s 9/11 experience, that has captivated millions on YouTube. Her newest book, “An A-Z Guide For Character-Healthy Homeschooling” provides encouragement and practical tips gained through her 20 plus years of homeschooling experience. She is a popular speaker, guest on Family Talk with Dr. James Dobson, and TV personality on the Glenn Beck TV show.

Megan and her husband Steve share a strong desire to equip today’s parents to raise the next generation of character healthy leaders. In her spare time, she loves to run and play tennis. Megan enjoys writing, cooking, feeding teenagers, reading, and everything pertaining to the Boston Red Sox.